Apple hangs on to laptop designs much longer than other companies. It’s fortunate, then, that they’re generally nice designs. Other than swapping out the keyboard and thereby adding a millimeter of thickness and a few grams of weight, this 2020 13-inch MacBook Pro is identical to the last few dating back to 2016. Unlike last November’s 16-inch MacBook Pro, nothing else is changed here.

That means the 13.3-inch screen still goes up to a bright 500 nits, but the bezels around it are still a little large by current standards. The speakers, mics, and overall build quality are above average. It’s a MacBook, and chances are good you know what that means when it comes to hardware. That includes the 720p webcam, which is not great.

The scissor-switch mechanism underneath the keys on the Magic Keyboard provides one millimeter of travel, a firm bounce, and a more resonant thunk than the butterfly keyboard. The keys are stable, backlit, and, well, you know what? It’s an excellent keyboard. I’m glad for the real Esc key, and I prefer the inverted T setup for arrow keys.

There’s also Touch ID for logging in. But at a certain point, I’d like to see Apple figure out how to catch up to Windows Hello and allow face login. Touch ID is fast, at least, and well-integrated with Apple’s apps and a handful of other well-designed Mac apps.

In between Touch ID and the Esc key is ye olde Touch Bar. Even after using it for four years, it has yet to truly grow on me. I have finally managed to include it in my workflows. Enough apps take advantage of it now that I find myself putting in the extra effort to make sure it’s set up properly app by app. I also put in the (significantly larger) effort to figure out how to customize it with Better Touch Tool. 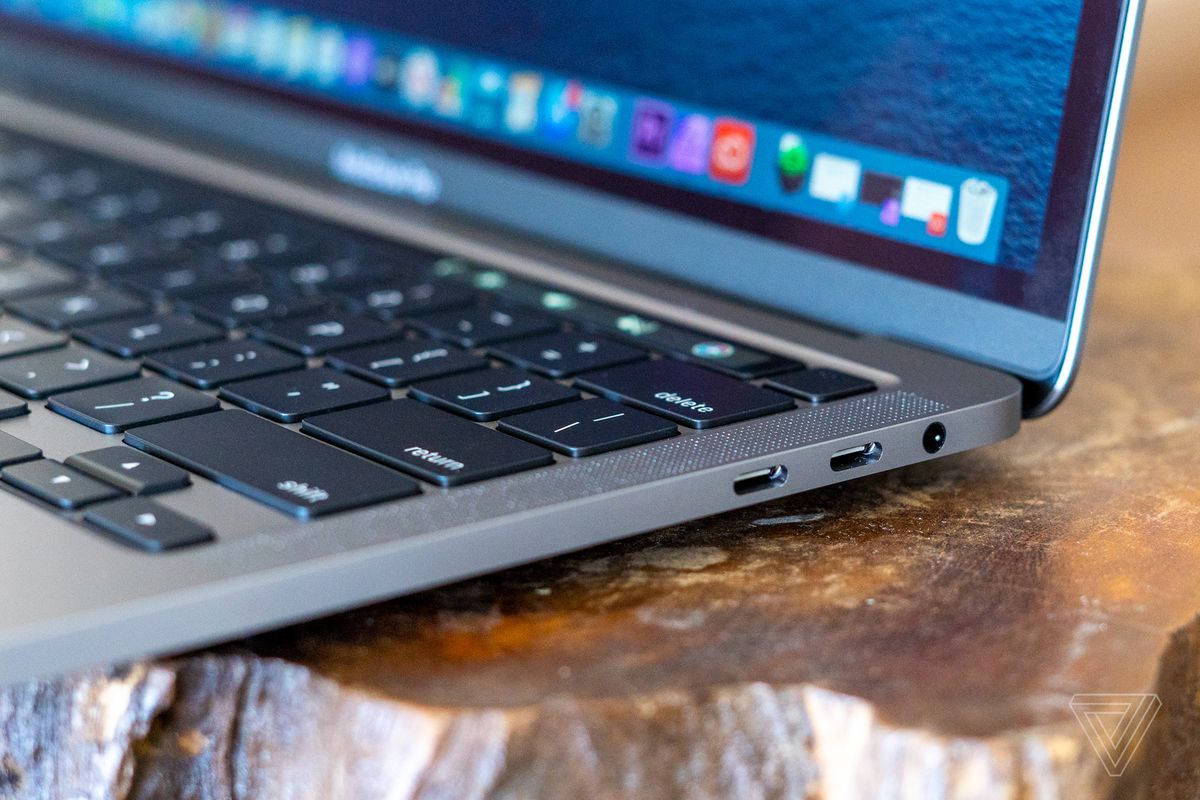 Even so, I can’t get over the feeling that the Touch Bar remains underutilized at best and unnecessary at worst. I wouldn’t miss it if it were gone, but at least it doesn’t actively frustrate me.

There are really two new 13-inch MacBook Pros. The “base” model has older 8th Gen Intel processors and only two Thunderbolt 3 ports. I haven’t tested this one, but I do think it’s an odd duck. I think most people looking at it would be better off with either a MacBook Air or stepping up to the more powerful version of the MacBook Pro.

I’ve been testing that more powerful version, with a 10th Gen Intel Core i5 processor, 16GB of LPDDR4X RAM, and a 512GB SSD. Relative to my three-year-old MacBook Pro with similar specs, it is a noticeable upgrade in speed and performance across the board. If you have a newer machine, you might not notice as big a difference.

One of the big benefits of this upgraded model is the improved Intel Iris Plus graphics. (There’s no separate GPU option.) Apple claims Final Cut exports will be 60 percent faster, for example. What’s surprised me slightly, however, is how apps that don’t traditionally take advantage of new GPUs in Apple machines fared. Adobe Premiere exports haven’t matched the midrange 16-inch MacBook Pro we tested last year, but they’ve outperformed my expectations.

If your “pro” work is pushing your computer with lots of running apps and even more browser tabs, I’m happy to say that the computer kept up with most of what I threw at it. At one point last week, I had Chrome and Safari open with 10 or so tabs each, plus a couple of Electron apps, Lightroom CC, Zoom, and QuickTime. On top of that, one of those tabs was running a videoconference over WebRTC, and I was recording audio via Audio Hijack and using Bluetooth headphones.

With all that, the fans were spinning, but nothing was chugging. One of the best things about using a more powerful computer is you are free to be a little more thoughtless about what you leave open and running in the background. I didn’t have to worry about quitting apps when I wanted to open new ones… as long as I left it plugged in.

If there’s a blemish on this performance picture, it’s battery life, which just barely rises above disappointing. Apple claims 10 hours of web use, but with my usual workload, I was getting about five. My standard daily set of apps is maybe more than average, but it’s not a ridiculous amount. I kept screen brightness at around 70 percent, but we’re talking about Slack, TweetDeck, Lightroom, Spotify, Mail, and a few other apps. 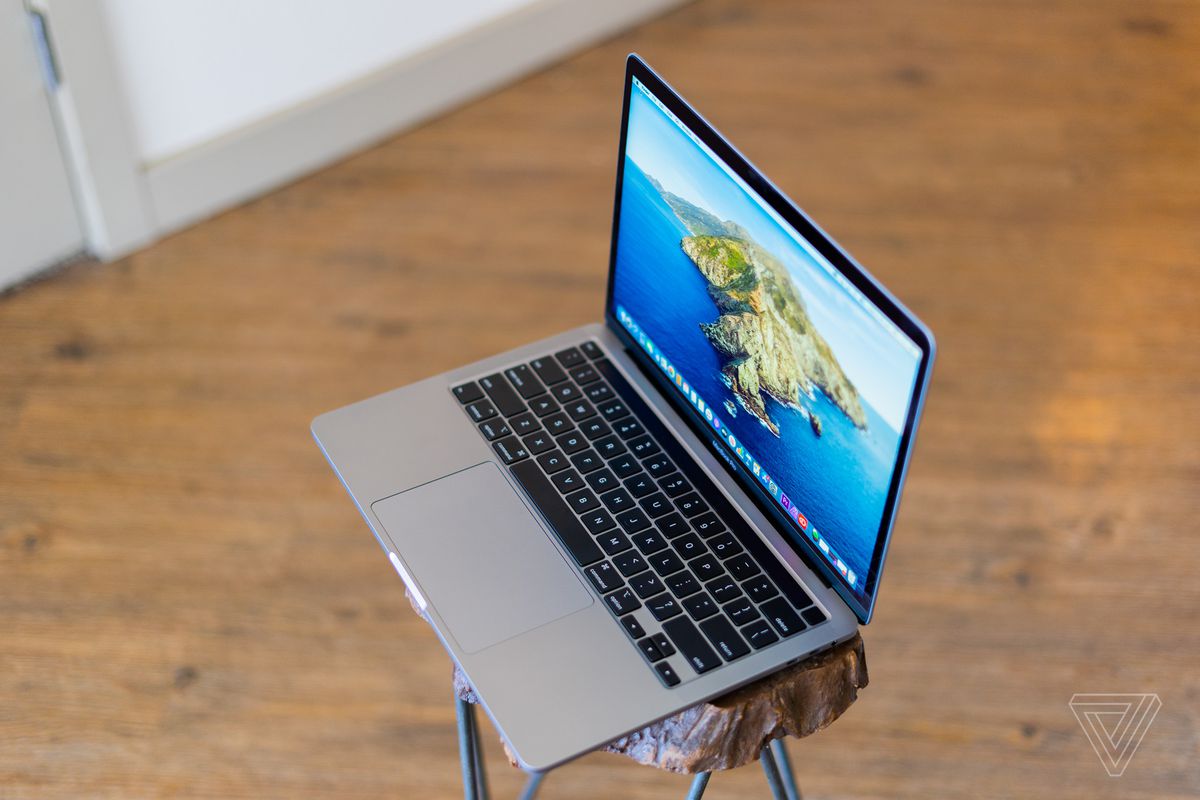 That includes Chrome, of course, which Apple’s battery monitor rightly identifies as a battery hog. By switching out to Safari and limiting my use of Chromium-based Electron apps (except Spotify because… come on), I was able to push it to near six hours. I expect I could squeeze out more if I further limited myself to more battery-efficient apps and dialed back the brightness. But that’s not how I use my computers, and I doubt that most MacBook Pro users are so diligent about app usage anyway.

Those battery results aren’t terminal (pardon the pun) for my feelings about this MacBook, but they’re not great. For a long time, one of Apple’s biggest strengths compared to Windows machines was its ability to outlast them. That’s not really the case anymore. We’ve seen plenty of 13-inch Windows laptops last longer between charges under similar workflows.

Apple’s 2020 13-inch MacBook Pro is a competent, dependable computer. The upgraded model with the 10th Gen Intel processors outperformed my expectations in terms of speed and power even if it didn’t really impress me on battery life. I would like to see a bigger redesign next time, but that doesn’t mean this design is a problem. It’s just familiar in a time when much of the competition is finding ways to slim their bezels.

The whole point of the 13-inch Pro is to give you a little more headroom for running more powerful (or just more) apps than the MacBook Air can really handle without groaning under the load. It’s meant to be the machine you can take for granted. Now that the keyboard is fixed, I’m looking forward to doing just that.