A new set of renders and a short video clip show what the Samsung Galaxy Note 20 will look like. The renders come from Pigtou in collaboration with who claims that these renders are based on drawings obtained by the outlet’s sources and not conceptual. The report mentions some elements of the render cannot be confirmed at this time.

The device (unsurprisingly) looks a lot like the Samsung Galaxy S20 Ultra. It appears to have a similar camera module to the S20 Ultra. As typically is with the Note series, the Galaxy Note 20 has a boxier appearance with more squarish corners.


We’re expecting to see an even larger Samsung Galaxy Note 20+ as well, which should be interesting. With the dimensions mentioned above, the report suggests it might be 6.7-inches diagonally, and the renders show the display is totally flat. We enjoy the idea that a Note device will no longer have curved edges. It’ll make it easier to use the S-Pen with. 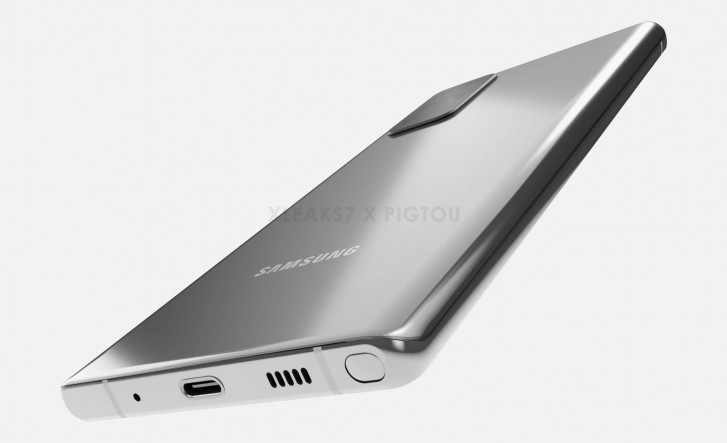 The S Pen location has changed from the right to the left, which is likely what Samsung needed to do to get all the physical buttons over to the right side. The SIM tray is at the top of the handset.

We’re glad to see the power button make its return to the right side of the phone, since the Note 10 and Note 10+ weirdly had it on the left side beneath the volume rocker. With this one, we’re seeing the volume and power keys on the right (and correct) side. 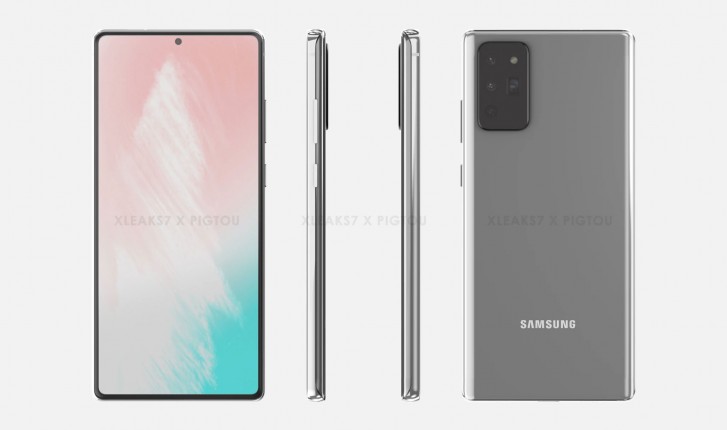 The launch is expected sometime in August during Samsung’s bi-annual Unpacked event. Only this time, we can expect an online-only launch event.